Sometimes you have to sharpen pencils

It's an old adage not to waste your time sharpening pencils as an excuse for not doing whatever it is you bloody well ought to be doing.

But sometimes you need to sharpen pencils - you need to organize and prepare, so that you can work smarter and faster in the future. It's been pencil sharpening time!

I've moved from Texas to Tennessee - the call of Music City could not be resisted! 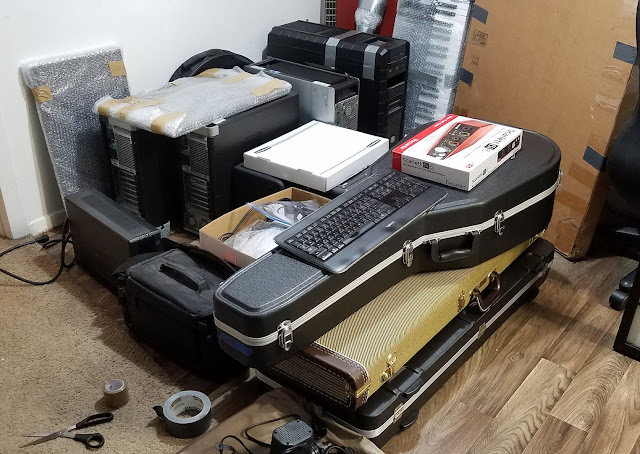 So this meant....
It all sounds very non-musical, but it's all in the name of music! 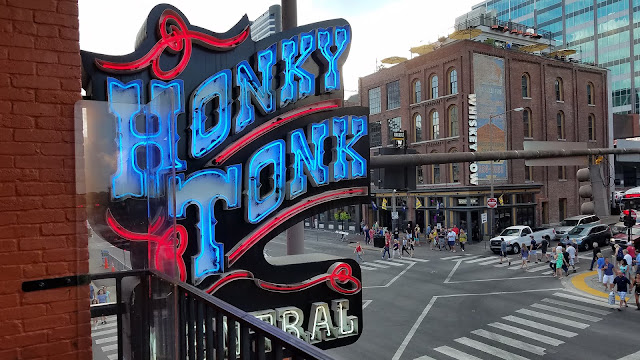 Amongst all that, I did manage a trip down to Broadway. Did you know I've never even been to Nashville before? Had to play the tourist! And it was very inspiring. 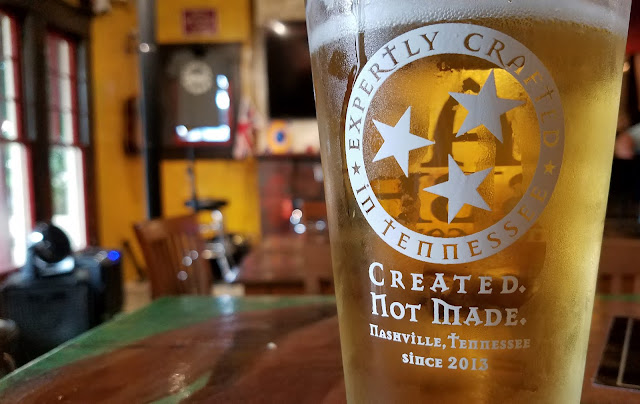 And a trip out to a songwriter rounds night, thanks to Randy England who I knew from the Frettie group of songwriters. That was cool, and of course I plan to play at some of those in the future (starting with open mics though). 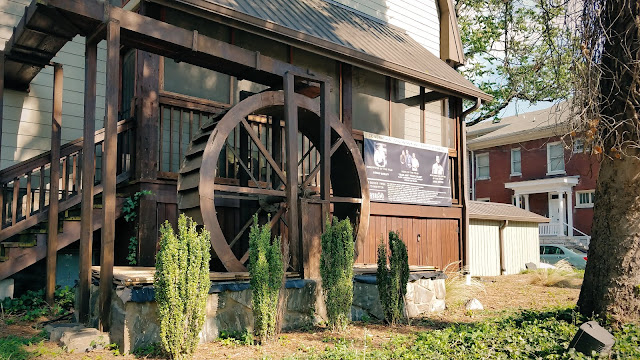 I'd joined the NSAI a few months back, in preparation, so I had a trip down to the Thursday night workshop. Something that I plan on making a regular trip!

But mostly, it was all about sorting the place out so that it is a good, positive work environment. It started off like this: 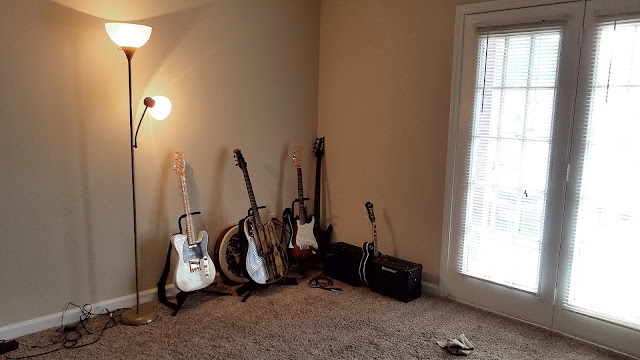 Well, to be honest that corner doesn't look much different... but that corner was about all there was! Now it's more filled out, I won't have to sit on the floor (soon), and have all my capos, writing pads, pens and plectrums easily to hand. Plus the energy in the place feels good!

So, it's been a long delay to actually writing and recording, but a necessary one. Foundations have to be laid - and sometimes pencils need to be sharpened!

Posted by Tommy Grimes III at 3:23 PM No comments: