So here's what I've been up to the last 2 months or so, mostly dealing with lawyers in the U.K. and Spain, and accountants here in the U.S. - nothing music related, just things that have needed attention and have taken up a fair amount of time, thus leaving less time and energy to be working on the songs.

Still, I've been focused on ways to make songwriting easier. I sold my big ol' CyberTwin and have replaced it with two small amps, a Blackstar, and most recently a Fender GT 40. 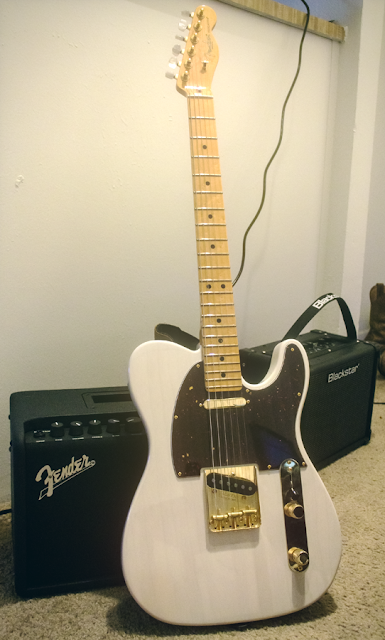 It's just so much nicer when roughing out a song not to have to plug in to a computer and listen through headphones - no waiting for software to start up, not tied to a particular place in the room, and easier to just dial in sounds.

I'm even contemplating getting a digital multitrack recorder for the same reason. Even with a laptop, by the time I have an interface connected up to it, and I'm tapping the screen or clicking the mouse, it's a lot less immediate than the old cassette based 4 track I started out with, so I may have a look into an inexpensive one of those soon. 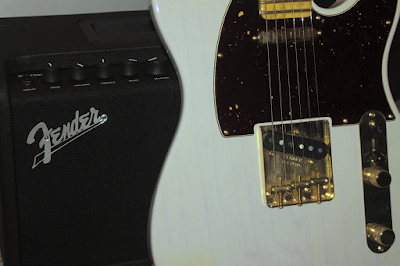 See, I have about 70 song fragments that have been hummed or strummed into my phone, and I want to start fleshing those out more and getting them finished. I want to focus more on the writing and completing that, than on arranging and recording - get 'em written, then I can always go back through them at my leisure to polish up the ones that seem to deserve it.

I did have something of a break this last weekend, so I dusted this off (it was, literally, dusty):

Have set to work on a traditional sounding song, something a little Celtic, and that inspired me to get the mando out for the first time in years. Rusty of course :) But I'll get better again! That song is called "The Spell".

And to go along with that, completed the words, chords and structure for "You Don't Know Jack", which is one of my punk-country songs (can't think of a better way of describing them). Then I also have the more singer-songwriter melancholy "On the Tin" which has all the words, just needs a bit of structuring.

I think I should be able to wrap all 3 up in demo form this coming weekend, as well as returning to "American Now" which has been waiting on a re-sing plus having the bass added. So could see 4 songs emerge very soon!

Posted by Tommy Grimes III at 7:33 PM No comments: