Quick update amongst a very busy time all round!

Spent today re-recording guitar parts for the song I am working on, as have decided to raise it a tone as I think I can sing it better there. Got the rest of the lyrics written yesterday, so also did a rough recording of them today. They fit. Hurrah! So will re-record them properly next week.

No bass yet, and not sharing the lyrics or words just yet! Should be able to do that in a week or two I believe. Here's the instruments only sample section, since I haven't shared anything with the Tele on it yet (and this is all Tele!) 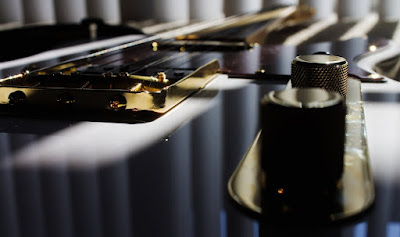 Other thing I did yesterday was install all the necessary claptrap to get the Korg Kontrol working - had it for years, but rarely use it. Was handy though for being able to trigger recording in Cubase while I had the .txt file of the lyrics up on screen (after forgetting numerous times and adding "*" to the text document rather than start recording in Cubase).

The only problem is there isn't a clear place that writes out how to get it working - so in case you are wondering (and in case I ever need to remember, ahem), here are the steps:

- Hook everything up to the USB, run Cubase, go to Devices -> Device Setup, click the '+' to add a device, choose a Generic Remote.

- Use the Import option for the Generic Remote set up to load the template downloaded earlier.

Not exactly hard, but it just isn't written up step-by-step anyplace - but it is now!

So that was this weekend! Oh, and took a set of arty photos of the Tele as you can tell from them scattered through this post - the light was just right today when I thought about it :) 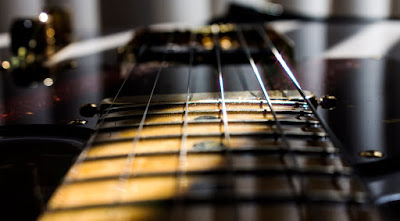 Posted by Tommy Grimes III at 6:17 PM No comments:

My mushroom is infected

Along with the Tele and Focusrite Scarlett, I also added the Infected Mushroom Pusher plugin from Waves into the sonic arsenal lately. I know it's designed for EDM, but I find it works very nicely on guitar and rock music mixes - at least, I like the effect! 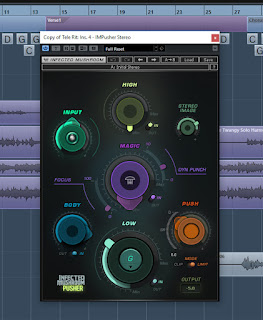 I've been using it on the "rough notes" with the Telecaster, haven't tried it out with the bass, the Ovation, or the Strat, but will be interested to see what it does there too.

Posted by Tommy Grimes III at 10:01 PM No comments:

Couple of weeks back, got my first Tele. Had gone into the store hoping to buy a fairly standard one, but wasn't enthralled by them, weren't doing much different from what the Strat does. Just as I was done and deciding I'd just wait, the salesman put this Limited Edition into my hands, one of the "Magnificent Seven" that they did last year, and that did the trick!

I think it's the vintage pickups on it, gave me the sound I had expected and wanted from a Tele. Have been playing a lot since, as haven't done a lot of that - I find that there's writing, there's recording / mixing, and there's playing, and if you do one, it's at the expense of the others, and that meant my playing had slipped.

Despite that, when I have a day or two where I don't fire up some tunes to play to, ideas have been trickling in, mostly little fragments so far, but they will turn into something eventually!

So, remember some time back I was struggling with latency, dropouts in monitoring, and occasional CPU dropouts that made Cubase stop recording? Still going on - this dual Xeon machine just is not cut out for audio. With no happy resolution in sight, I decided to replace my Presonus. It had a few other things happening with it too:

- A high-pitched whine all the time, only for me listening, fortunately it never recorded. Not the Presonus's fault, same as the latency issue isn't, it's the shitty motherboard in this workstation, and drawing power from the USB bus was not working well.

- The volume knob for the headphones lost the left channel now and then and needed a "wiggle" to get it back. Old age comes to us all.

- Never did like the layout of the knobs, it saved space, but meant I never instinctively knew which knob was for which input.

- It couldn't run phantom power for my Audio Technica mic without introducing a whole crap-ton of noise (again, crappy motherboard.) 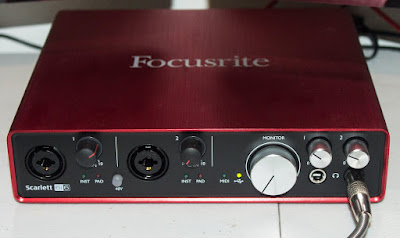 A Focusrite Scarlett 6i6 gen 2. Now, I don't need 6 inputs, nor two headphone outs and all that - what I did need was external power, and it did the trick, no more annoying whine, and it can phantom power the mic without noise. Love the layout of the knobs, though it has a larger footprint as a result.

The dropout issues are better due to the latest hardware and drivers - not perfect, because shitty motherboard remember, but I can find settings that don't give a problem in the sample rate, buffer size and Cubase settings.

The key thing here is to get it up and running smoothly so that technical malarkey doesn't get in the way of writing or recording. The less bumps in that process, the less there is to knock me out of the creative flow! 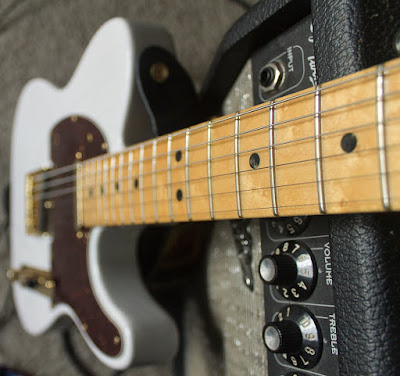 Posted by Tommy Grimes III at 6:56 PM No comments: