The blog has languished a bit due to life being pretty chaotic!

I had a long weekend a while back and managed to wrap up the roughs of three more songs - American Now which was the second song I had on the go about my naturalization, On The Tin which is all about addiction and its false promises (I have a great idea for a cover image for that song, just have to find the time to get the stuff I need and snap the photo!), and You Don't Know Jack which is about one specific kind of addiction. 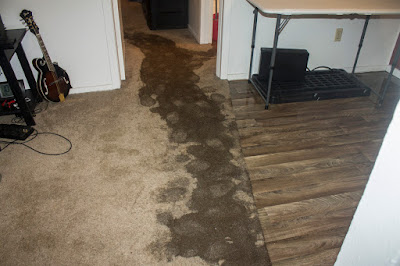 I did do a bit more work on The Spell, restructuring it and writing some new parts for it (bass line, an oboe part), but then things got busy with other things in life. Not least was the apartment flooding - nothing to do with Hurricane Harvey, I was blessed to be too far inland to be affected. This was just from the poor state of the city drainage system, ugh. 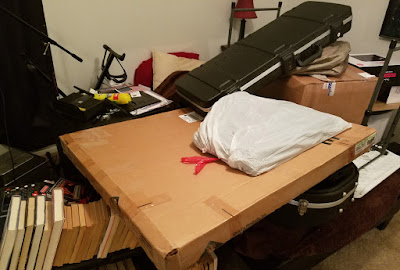 As a result, I had to bunch everything up in the apartment, and then live for 4 days with two fans and one dehumidifier running 24/7, which was disruptive to getting any good sleep and of course meant no hope for music with the constant racket!

However no permanent damage to anything (other than a bathmat and some clothing) so I can't complain.

Lots of other things also took up time, including a trip to a conference in Dallas, so there's been little progress on getting new songs wrapped up or written. This was the first sane weekend in a while, and I spent it mostly sleeping to catch up!

Things to look for next - The Spell getting to a point where I can post it, plus I think I will finish up a traditional blues number that I have on the go, There's a Storm a-comin', and I'd love to get back to the instrumental White Blonde & Sunburst and finish that up too. So those are likely what will happen next!

Posted by Tommy Grimes III at 7:50 PM No comments: